Techni has succeeded in developing a solution for connecting houses to the mains water supply without the need to carry out excavation work.

This system originally aimed to improve flow into an oil well in unconsolidated sediments. The project failed to secure financing beyond the conceptual phase because oil prices fell.

While making a presentation to the Smart Water Norway cluster in Horten, Techni learnt that Oslo was holding an innovation competition where the technical requirements matched its drilling solution.

Techni presented its technology to the city council and won a contract, and eventually also emerged as the winner of the Oslo No Dig Challenge. 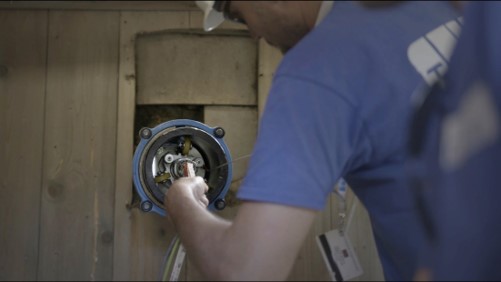 ON ITS WAY: The drilling robot is on its way out through the exterior wall towards the water main. Photo: Techni

Adding two further work robots to the package makes it possible to digitalise the geographical location of the water distribution network, remove old water pipes or install new branch lines by drilling, and finally connect the houses to the mains.

This is accomplished entirely without excavation in the street or significant environmental disruption. Time taken and operating costs are halved in relation to conventional solutions.

Highly accurate
The distribution network is renovated between tank and tank by breaking up old installations from the inside while installing new plastic pipes.

A Techni sensor robot is run through the new piping to determine its exact position. At the same time, the drilling robot is installed on a bracket in the house fixed to an exterior wall.

Using coordinates provided by the sensor device, the drilling unit advances from the house to the water main underneath the street. 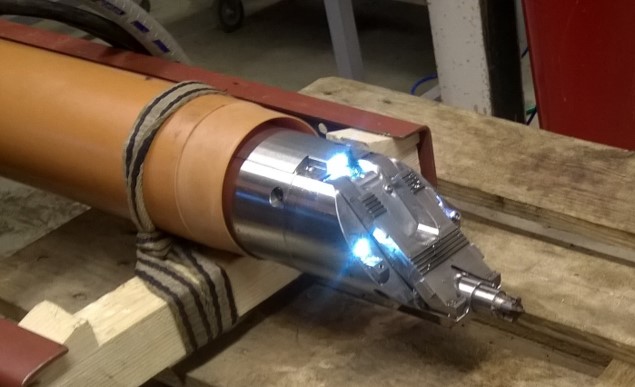 PROBLEM SOLVER: This robot tool has been designed to break up and push aside hard components in the ground such as rocks and old piping. Photo: Techni

An ingenious measuring system allows this robot to hit the main with great accuracy while simultaneously crushing fragments and transferring them to a pumping vehicle outside the house.

Finally, a work robot is run into the pipe and helps to tie in the new branch line from the house with the aid of a secure connector.

Intelligent replacement
Replacing old water supply and sewage infrastructure in Norway is expected to cost NOK 280 billion in 2016-40. Of this, 64 per cent or about NOK 180 billion relates to renewing the pipeline network at a rate of roughly one per cent of the total length per annum.

By declaring Techni the winner of its competition, the City of Oslo – which was the European environment capital for 2019 – has shown its clear support for the company’s solution. The council will use this technology as one of the flagships in its commitment to the Smart City concept.

The solution won the Water Innovation Europe infrastructure prize for 2019, was designated best tool in the No Dig Awards from the International Society of Trenchless Technologies, and was a finalist for the Norwegian Tech Awards. 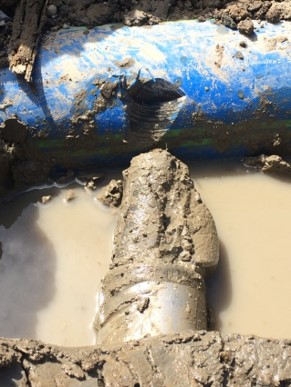 Where local authorities are concerned, this breakthrough offers many good solutions for marketing on to subscribers and residents.

In addition comes the opportunity to digitalise infrastructure data and thereby to use this information in other operations.

International interest
Techni has been contacted by international construction firms wanting to adopt its system, with a large European enterprise describing it as the Holy Grail of No Dig technology.

A separate Techni company for infrastructure technology TIP has been established, also owning a digital technology called Blue.Box enabling sensing and control for the waterworks and its clients.Together with the No-dig technology now called Rebranch strategic co-owners are being invited to help fund a good business plan for growth outside Norway.

The market will increase exponentially towards 2040, and both government and other players have also woken up to the growth and export opportunities offered for Norwegian technology.

Expansion will probably occur when a fully developed industrial solution has been on the market for a few years. The future commitment to specialised tools and expertise development tailored to construction company requirements and infrastructure technology will represent a very good fit with Techni’s existing business with special tools for subsea and well operations.

Opportunities will also arise to deliver other services to local authorities, such as interface development, simulation and machine-learning applications for operating systems.